All cave animals fit into one of three categories of cave life. Placement in these categories depends on how much time the animal actually spends in the cave.

1. Trogloxenes (cave guests). These animals come and go at will, but use the cave for specific parts of their life cycles: hibernation, nestling or giving birth. A trogloxene will never spend a complete life cycle in a cave. The most familiar trogloxenes are bats, squirrels, mouses, toads and mots. Trogloxenes have no special adaptations to the cave environment.

2. Troglophiles (cave lovers). These animals can survive outside the cave, but may prefer to live inside it. They leave the cave only in search of food. Some examples of troglophiles include worms, frogs and crickets. A troglophile can live its entire life either inside or outside the cave.

3. Troglobites (cave life). These animals spend their entire life cycle within a cave. They are found only in caves and would not be able to survive outside a cave. The troglobites are the animals that have adapted to cave life. They have poorly developed or absent eyes, little pigmentation and metabolisms that allow them to go a long time without food. They also have longer legs and antennae, allowing them to move and locate food more efficiently in the dark. Troglobites include millipedes as well as some insects.

A cave has several zones:

The entrance zone environment is closest to the environment above ground. It receives sunlight and has variable temperatures and green plants. Many animals like foxes utilize this space to eat their food, sleep or nest. In the entrance zone, you will find organisms like moss, ferns, owl and snails.

Venture a bit farther into the cave to enter the twilight zone. In the twilight zone, there is less light, so plants do not really grow there. The temperature remains a bit more constant but may still fluctuate in conjunction with weather above ground. Organisms living in the twilight zone need moisture and coolness to survive. Here, you will  find the habitats of many trogloxenes, including moths, bats, spiders, millipedes and mushrooms. The animals found in the twilight zone usually leave and enter the cave at will.

The Corfu Cave-cricket (Dolichopoda steriotisi Boudou Saltet - 1972) is an endemic Greek species and found only on the Ionian Ιsland of Corfu. In literature is mentioned in the Peristerotripa cave in Sokraki (1970 by N.N.), in the Anthropograva cave in Klimatia (1980, 1987, 1988 by M. Rampini and in 2006 by C. Di Russo) and in the Megali Grava Loutson cave in Loutses (1985 by F. Gasparo).

During Speleo Corfu expeditions cave crickets were spotted in:

Research should determine if those are the Corfu cave cricket or other species. 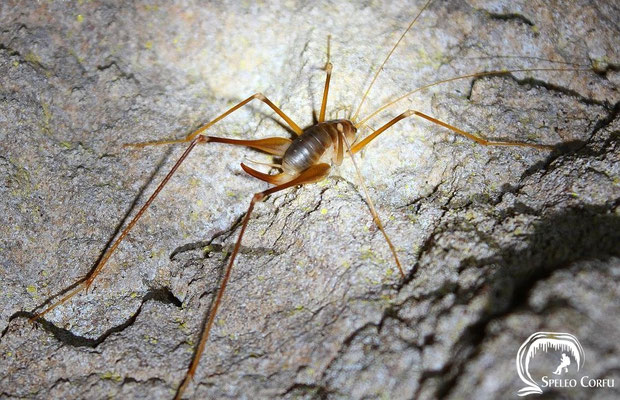 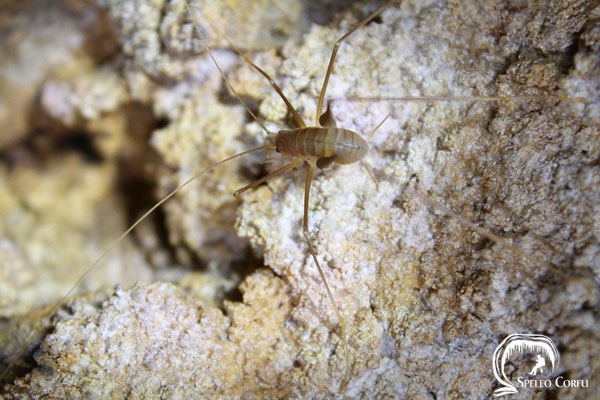 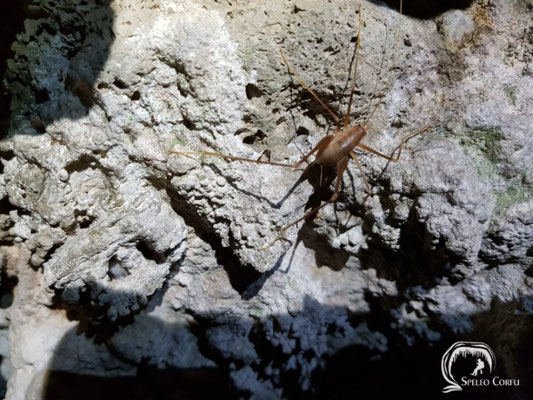 During Speleo Corfu expeditions bats were seen in:

Guano of bats was found in: 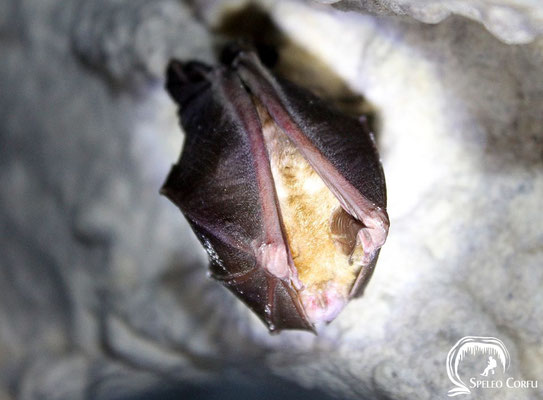 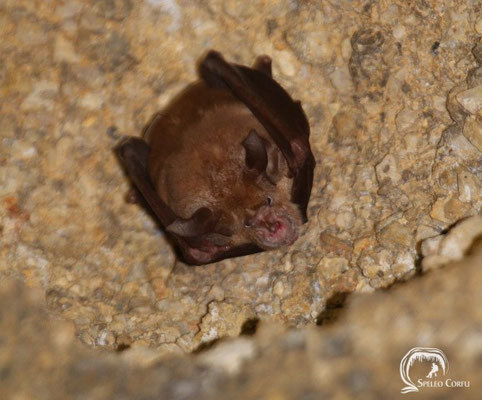 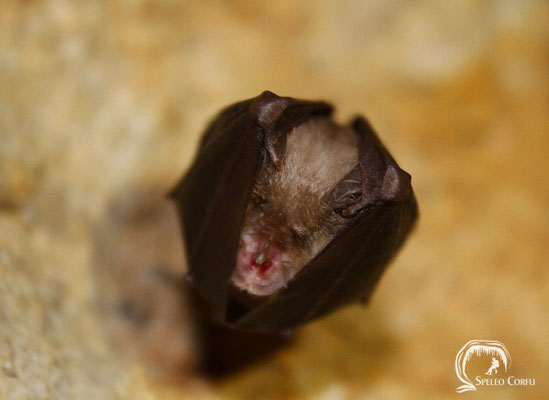 During Speleo Corfu expeditions squirrels were seen in:

In the Anthropograva cave in Klimatia a dormouse (Glis glis) was spotted (2017) and a common toad (Bufo bufo spinosus) (2017, 2018). In the Volcanos cave in Agios Dimitrios a dormouse was seen (September 2019).

In the cave in the area of Georga in Nimfes a centipede was spotted (April 2019) and in the Grava stu Buzavieri cave in Agii Deka different kind of spiders (April 2019).